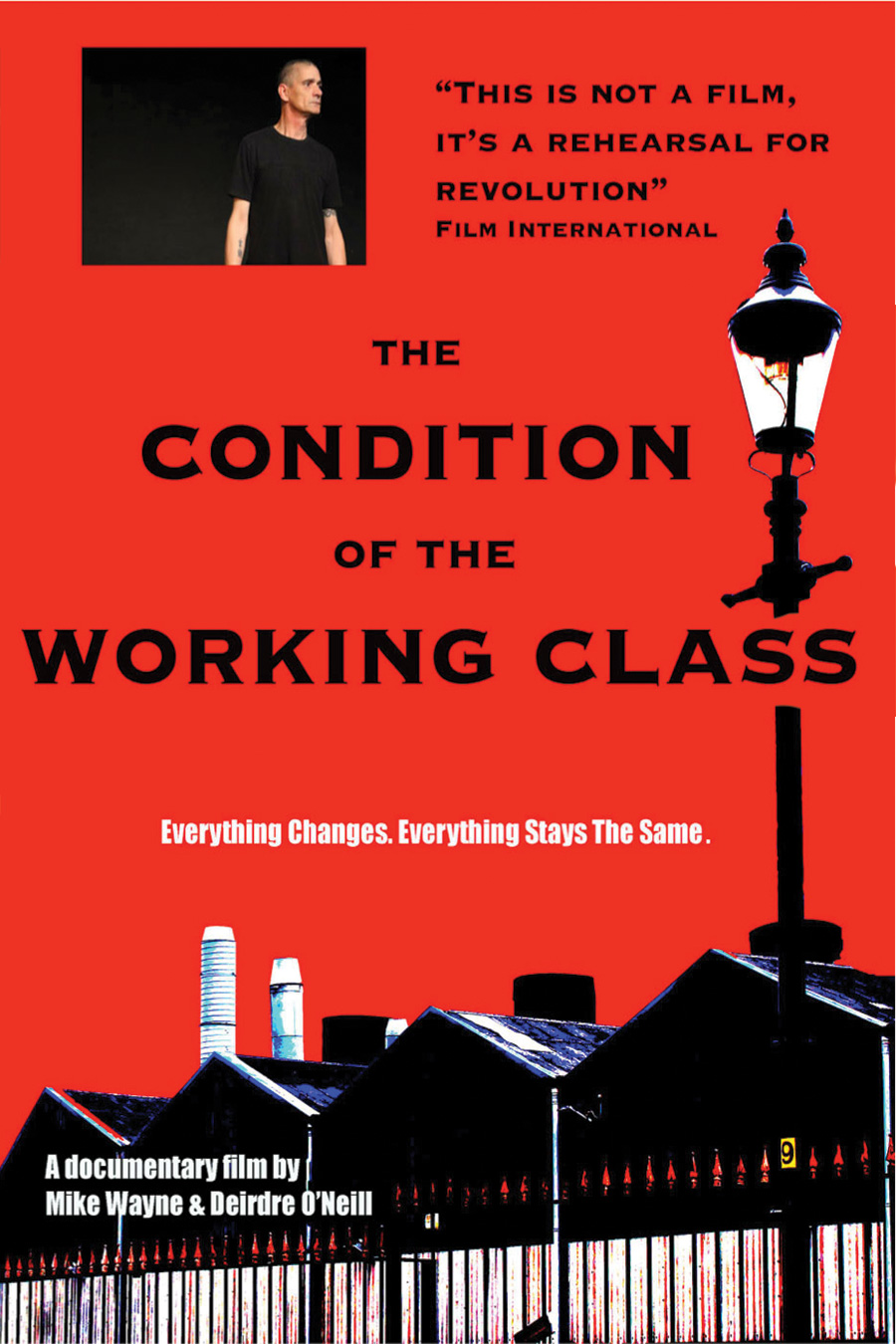 Condition of the Working Class

A feature length documentary co-directed with Deirdre O’Neill. The film, shot in Manchester and Salford, follows a group of working class people who have come together to create a theatrical show from scratch based on their own experiences and the classic book by Friedrich Engels. From their first rehearsal to their first night performance, a group of strangers become a collective. Identity, class consciousness, history and the transformative power and importance of telling your own stories are explored in the film. The historical backdrop to the film has been widespread de-industrialisation and the dismantling of the welfare state after years of neo-liberalism. This in turn has required a shift in how working class people are represented, especially those who form the so-called underclass, i.e. the jobless victims of capitalism. Both the material conditions of the working class and consciousness of class have deteriorated as a result. This film is about putting the pieces back together again on a micro-scale through a cultural project.

For more information, reviews and how to purchase the DVD complete with an accompanying booklet into the production of the film, go to www.conditionoftheworkingclass.info
You can watch the film for free on Vimeo here
Read about the making of the film here in Tribune.
Scroll to top