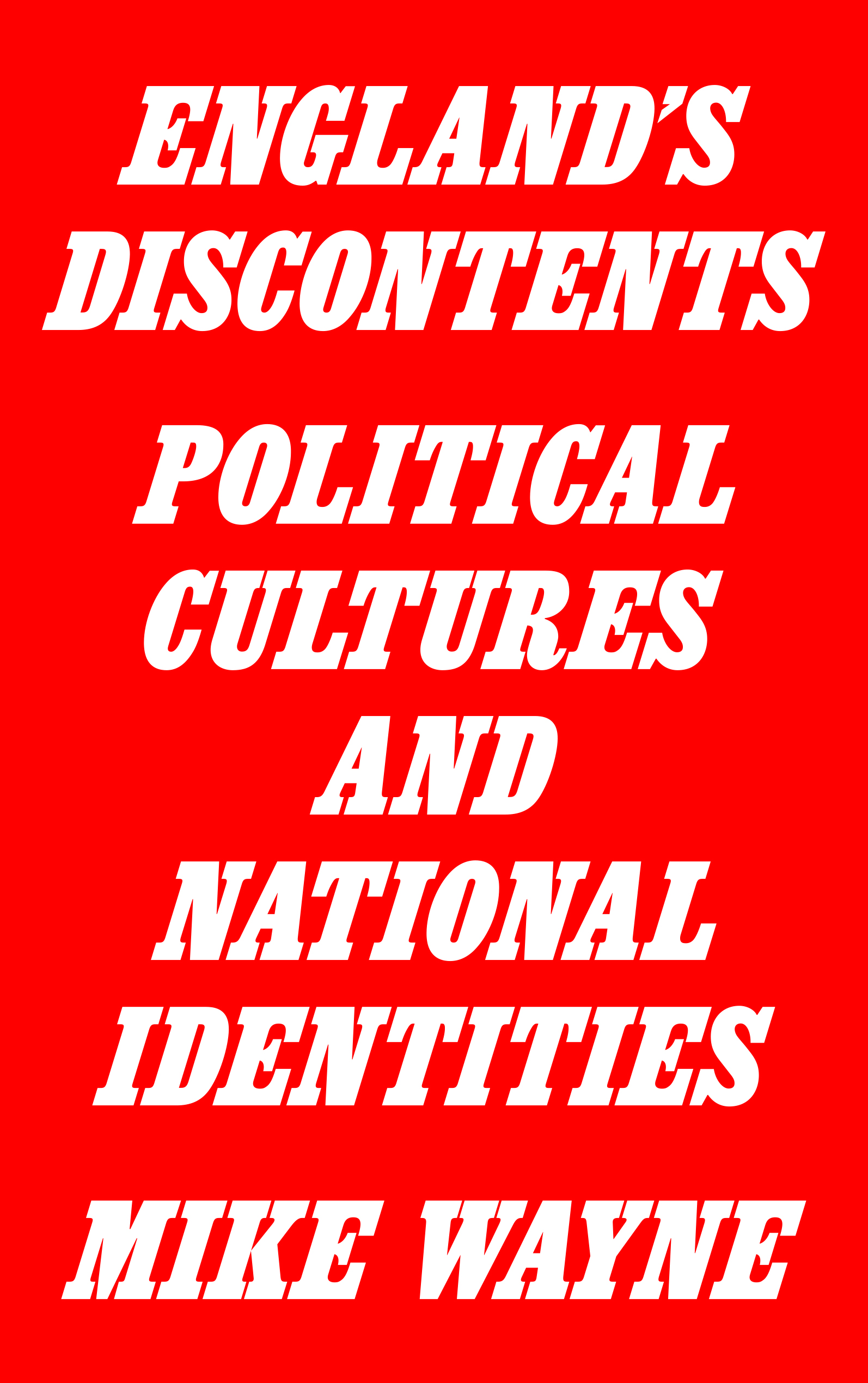 Click HERE for a trailer/video essay about the book.

England’s Discontents explores British identities over the last two hundred years as they have been shaped by political cultures. Conservatism, social liberalism, economic liberalism, social democracy and socialism have forged different models of national belonging and identity. Wayne draws on debates about Britishness to explore recent events such as Brexit and the Scottish referendum. In doing so, he reveals that England’s enduring attachment to economic liberalism is in danger of eroding all other political cultures, even conservatism, liberalism and the British state.

This is a hugely ambitious and seriously rewarding genealogy of Britishness. Navigating the East India Company and Brexit, conservatism and liberalism, Gramsci and Stuart Hall, Mike Wayne has produced a fantastic analysis of the contradictions of our political culture.

Wayne’s excellent book delivers home truths and important historical lessons with authority, clarity and conviction. Its call for a radical version of social democracy is both convincing and energising. Anyone seeking the sign-posts for social change should read this.

Anita Biressi, Professor of Media and Society, University of Roehampton

In the aftermath of Brexit, Mike Wayne’s provocative rereading of the tangled historical relations between Britain’s contesting political cultures forces us to think again about the exercise of power, the imagination of nationhood and the possibilities for change.