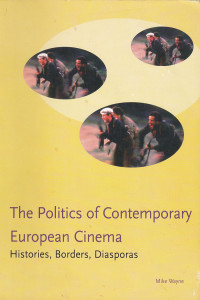 The Politics of Contemporary European Cinema

This book explores how national cinemas within Europe need to be reconceptualised within international cultural, political and economic forces that are transforming the ‘space’ of Europe. National cinemas of Europe are formed in dialogue with Hollywood as a cultural and economic power shaping production and consumption, but also international markets and pan-European reconfigurations of Europe in which the formation of  European culture and identity has been actively promoted. The book argues for a materialist account of film culture, attentive to the internal class divisions that shape national identity and the transnational forces of capital shaping Europe and European film culture. It critically engages with diasporic cultures that open up national borders and identities but also warns that many of the conceptual frameworks championing cultural hybridity are insufficiently attuned to the real historical material forces at work. The book offers various models for thinking about national cinemas in Europe within transnational contexts. Such approaches have become increasingly popular but this book was an early example of thinking outside the imaginary of national European identity.